Abjection Incorporated: Mediating the Politics of Pleasure and Violence 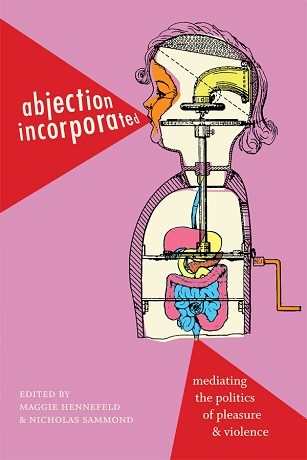 From the films of Larry Clark, to the feminist comedy of Amy Schumer, to the fall of Louis CK, comedic, graphic, and violent moments of abjection have permeated twentieth- and twenty-first-century social and political discourse. The contributors to Abjection Incorporatedmove beyond simple critiques of abjection as a punitive form of social death, illustrating how it has become a contested mode of political and cultural capital—empowering for some but oppressive for others. Escaping abjection's usual confines of psychoanalysis and aesthetic modernism, core to theories of abjection by thinkers such as Kristeva and Bataille, the contributors examine a range of media, including literature, photography, film, television, talking dolls, comics, and manga. Whether analyzing how comedic abjection can help mobilize feminist politics or how expressions of abjection inflect class, race, and gender hierarchies, the contributors demonstrate the importance of competing uses of abjection to contemporary society and politics. They emphasize abjection's role in circumscribing the boundaries of the human, and how the threats abjection poses to the self and other, far from simply negative, open up possibilities for radically new politics.