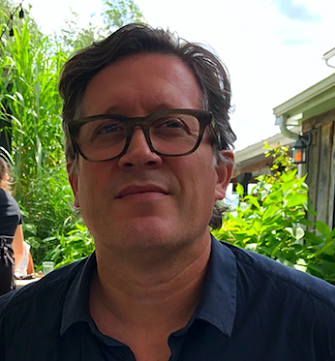 Brian Price works at the intersection of film and philosophy. He is especially interested in the aesthetic dimension of moral and political philosophy, particularly as those modes of inquiry are expanded by the varied forms of the moving image, avant-garde and popular, and the history of film theory. He has also worked extensively on questions about ontology, color, categorization, French cinema, avant-garde film, and the history of film theory. Price is the author of two books, A Theory of Regret (Duke, 2017) and Neither God nor Master: Robert Bresson and Radical Politics (Minnesota, 2011) and is currently completing a book entitled “Assayas and Political Seriousness.” He is also the co-editor of two volumes, On Michael Haneke (Wayne State University, 2010) and Color, the Film Reader (Routledge, 2006). Along with John David Rhodes and Meghan Sutherland, he is a founding editor of World Picture. In addition, current research projects include a theory of shame and the contingency of norms, an inquiry into the relation between value and wonder, as well as a study of the aesthetic dimension of political will.

A Theory of Regret (Durham and London: Duke University Press, 2017).

“Moving through Images,” in The Place of the Moving Image, eds. John David Rhodes and Elena Gorfinkel (Minneapolis: University of Minnesota Press, 2011), 299-316.