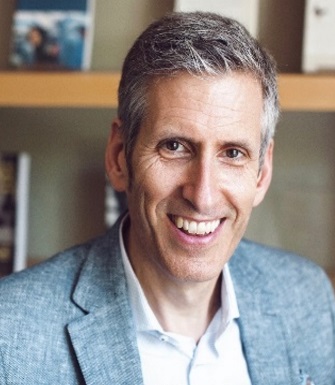 Charlie Keil’s research has consistently focused on early and silent American cinema, though he has also published on later periods and on topics as diverse as documentary, stardom, and modernism/modernity. Many of his publications have examined what he has termed the “transitional” period of early American cinema, understood to coincide with the single-reel era of production and stretching into the years of the early feature film. As a counterpart to his research on American cinema, he has been engaged in a SSHRC-funded initiative with colleagues at Toronto Metropolitan University, entitled Early Cinema Filmography of Ontario. Of the six anthologies that he has edited or co-edited, those not directly related to silent cinema include Funny Pictures: Animation and Comedy in Studio-Era Hollywood and Editing and Special/Visual Effects.His current projects are an investigation of the origins of Hollywood, both as a filmmaking centre and a symbolic site, and the Oxford Handbook of Silent Cinema, co-edited with Rob King.

Professor Keil has contributed to the core curriculum on a regular basis, concentrating on Introduction to Film Study and Film Cultures I. Some of his upper-level undergraduate courses have investigated distinct aspects of American cinema, from filmmaking practices to distinct genres, while others have been devoted to such topics as early cinema, authorship, film and technology, film history, and how history has been represented on film. At the graduate level, he has most recently offered courses on historiography, silent cinema, and film analysis. In 2015, he won the Faculty of Arts & Science Outstanding Teaching Award, while in 2019, he received the Society for Cinema and Media Studies Distinguished Pedagogy Award.  In 2022, he was a recipient of the University of Toronto’s President’s Teaching Award.

"American Documentary Finds Its Voice: Persuasion and Expression in The Plow That Broke the Plains and The City." In Documenting the Documentary: Close Readings of Documentary Film and Video. Second Edition. Edited by Barry K. Grant and Jeannette Sloniowski. Detroit: Wayne State University Press, 2014, pp. 103-21.

“Introduction:  What Makes These Pictures So Funny?” Co-authored with Daniel Goldmark. In Funny Pictures:  Animation and Comedy in Studio-Era Hollywood. Edited by Charlie Keil and Daniel Goldmark.  Berkeley:  University of California Press, 2011, pp. 1-11.

“ ‘All the Frame’s a Stage’: (Anti-)Theatricality and Cinematic Modernism.”  In Against Theatre:  Creative Destructions of the Modernist Stage.  Ed. Alan Ackerman and Martin Puchner.  New York:  Palgrave MacMillan, 2006, pp. 76-91.

"Steel Engines and Cardboard Rockets: The Status of Fiction and Nonfiction in Early Cinema."  In F is for Phony: Fake Documentary and Truth’s Undoing.  Ed. Alexandra Juhasz and Jesse Lerner.  Minneapolis:  University of Minnesota Press, 2006, pp. 29-39.

“Narration and Authorship in the Transitional Text: Griffith, Thanhouser, and Typicality.” On Thanhouser Company Film Preservation, Inc. Available since March 2011.