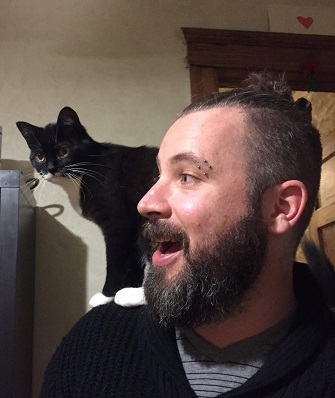 Scott C. Richmond is Associate Professor of Cinema and Digital Media in the Cinema Studies Institute and the Institute for the History and Philosophy of Science and Technology at the University of Toronto, as well as the director of the McLuhan Centre for Culture and Technology. His teaching and research lie at the intersection of film studies and media theory, focusing on the history, theory, and aesthetics of screen-based media. He regularly teaches courses in film theory, digital media studies, avant-garde film and video, queer media practice and queer theory, and the history and theory of the moving image. Before coming to the University of Toronto, he received an AB with Honours in Modern Culture and Media from Brown University and a PhD in Cinema and Media Studies at the University of Chicago, and taught film and media studies for six years in the Department of English at Wayne State University in Detroit. He is author of two books, Cinema’s Bodily Illusions: Flying, Floating, and Hallucinating (Minnesota, 2016) and Find Each Other: Networks, Affects, and Other Queer Encounters (Duke, forthcoming). He is currently working on two books in the history of computing, Thinking with Computers: Seymour Papert and the Invention of Computational Personhood and Four Histories of Computing: Quantity, Magic, Prediction, Personhood. With Elizabeth Reich, he is editor of “New Approaches to Cinematic Identification,” a special double issue of Film Criticism. And, with Kris Cohen, he is editor of the JCMS In Focus dossier, “New Histories of Computational Personhood.” His essays have been published in venues such as The Oxford Handbook of Film Theory, A Concise Companion to Visual Culture, The Journal of Visual Culture, Discourse, and elsewhere. He is Production Editor of JCMS: Journal of Cinema and Media Studies.

“On Learning to Fly at the Movies: Avatar and How to Train Your Dragon.” Journal of Narrative Theory 46 no. 2 (Summer 2016).

“Vulgar Boredom, or What Andy Warhol Can Teach Us About Candy Crush.” Journal of Visual Culture 14 no. 1 (April 2015).