Cinema of Exploration: Essays in an Adventurous Film Practice 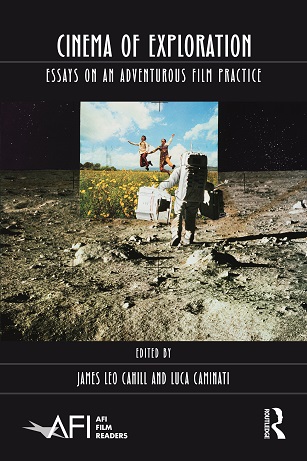 Drawing together eighteen contributions from leading international scholars, this book conceptualizes the history and theory of cinema’s century-long relationship to modes of exploration in its many forms, from colonialist expeditions to decolonial radical cinemas to the perceptual voyage of the senses made possible by the cinematic apparatus.

This is the first anthology dedicated to thinking cinema’s relationship to exploration from a global, decolonial, and ecological perspective. Featuring leading scholars working with pathbreaking interdisciplinary methodologies (drawing upon insights from science and technology studies, postcolonial theory, indigenous ways of knowing, and film theory and history), it theorizes cinema’s implication in imperial conquest but also its cutting edge role in empirical expansion and experiments in sensual and critical perception. The collected essays consider filmmaking in cross-cultural contexts, consider films made in or about peoples in South America, Asia, Africa, indigenous North America, as well as polar, outer space, and underwater exploration, with famous figures such as Jacques Yves Cousteau are considered alongside amateur and scientific filmmakers.

The essays in this collection are ideal for a broad range of scholars, graduate students, and advanced undergraduate students in Cinema and Media Studies, Cultural Studies, and cognate fields.