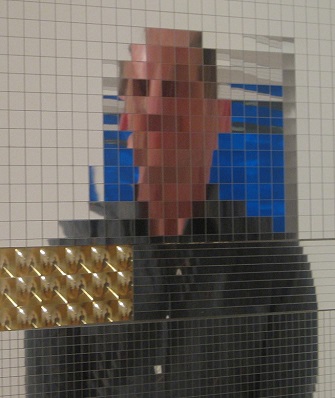 Centre for the Study of the United States

Nicholas Sammond studies the political economy and cultural history and of popular media. His most recent monograph is Birth of an Industry: Blackface Minstrelsy and the Rise of American Animation (Duke University Press, 2015), which explores the historical relationship between blackface minstrelsy and the origins of the American animation industry. This work includes a detailed online companion which features all of the cartoons and historical texts discussed in the book. His award-winning previous book, Babes in Tomorrowland: Walt Disney and the Making of the American Child, 1930-1960 (Duke, 2005) charted the circulation of concepts of childhood through popular child-rearing and the public relations and films of Walt Disney Productions. Professor Sammond is also the editor of the volume Steel Chair to the Head: the Pleasure and Pain of Professional Wrestling (Duke University Press, 2005). He has also created the Early Animation Wiki, a research tool developed in collaboration with the International Film Animation Society (ASIFA Hollywood), and an animation research station in the Innis College Library, which offers access to thousands of rare film shorts, original artwork, and biographical and bibliographic information on animators and animation studios. His next research project involves a detailed historical study of fluid abjection in Cold War comic books, comix, and animation.

Birth of An Industry: Blackface Minstrelsy and the Rise of American Animation (Duke University Press, 2015).

Steel Chair to the Head: The Pleasure and Pain of Professional Wrestling (Duke University Press, 2005).

“Meeting in the Archive: Commix and Collecting as Community.” Feminist Media Histories 4:3 (Summer 2018).

“As the Crow Flies: the Intermediality of Moran and Mack.” American Humor Studies (Fall 2015).

“The Writing on the Wall: Learning and Teaching Graffiti.” With Anna Creadick. Transformations 24:2 (Winter 2014).

“Manufacturing the American Child: Child-rearing and the Rise of Walt Disney.” Continuum 13:1 (April 1999).

"‘Who Dat Say Who Dat?’: Race and Humor in American Animation” in Daniel Goldmark and Charlie Keil, eds., Funny Pictures: Animation and Comedy in Studio-Era Hollywood (University of California Press, 2011).

“Squaring the Family Circle.” In Nicholas Sammond, ed. Steel Chair to the Head: the Pleasure and Pain of Professional Wrestling. (Duke University Press, 2005).